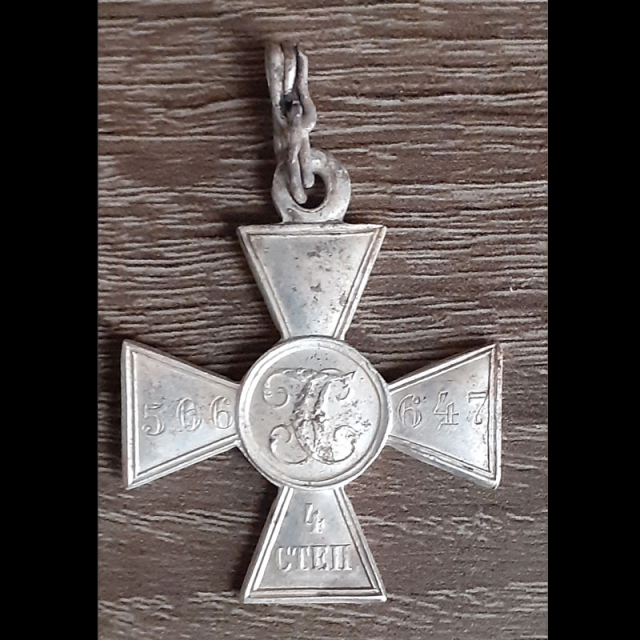 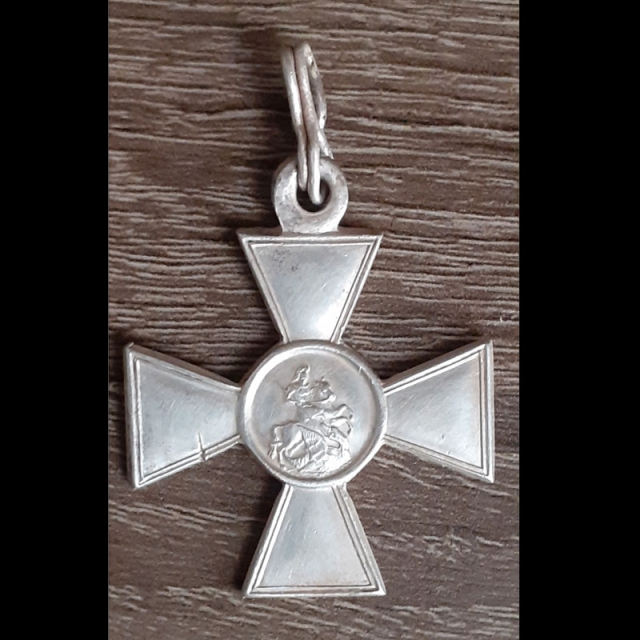 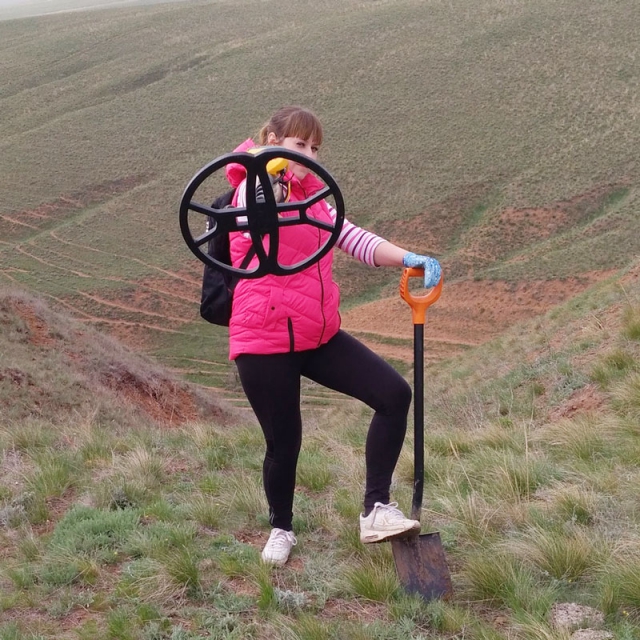 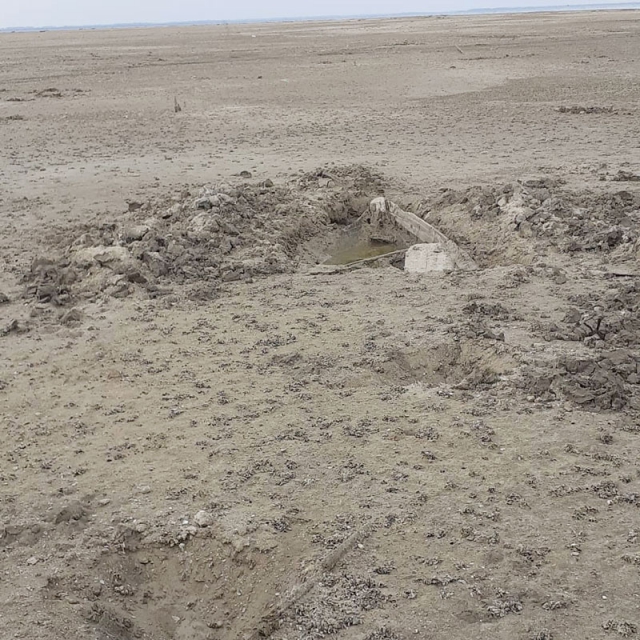 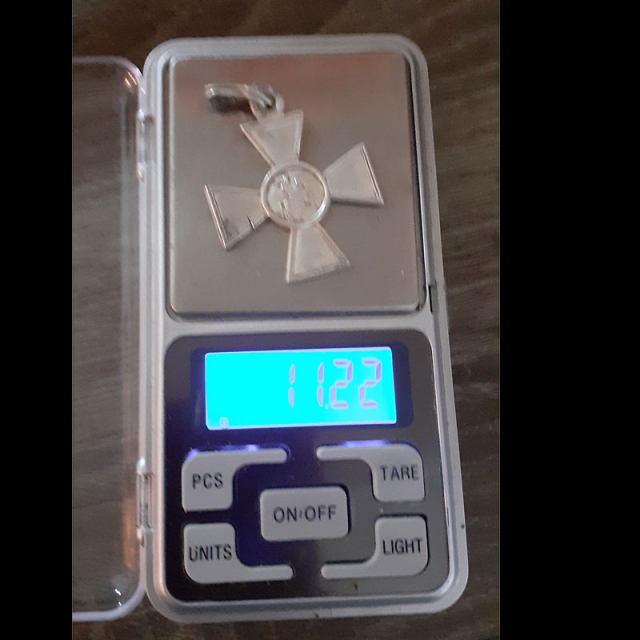 (Click to view full image)
WINNER #1
My international Favorite Find for December 2020 is the Silver Georgian Cross Medal, found by Daria B. from Russia with her AT Gold.

Daria’s story: Hello!!! My name is Daria, I’m from Russia! I have been searching with the device for two years. My first device was a Garrett Ace 250. I was very pleased with it, there were many finds, but did not stop there. Half a year later, I bought a Garrett AT Gold, respectively, the scale of the search increased both on land and by water. I am very pleased with the device. In the fall of 2020, on another weekend, I went in search of one small village near my city, tried the new bigger coil from Garrett AT Pro, and the result amazed me.

The place has long been known to all treasure hunters and has been dug for many years, but THIS find was probably waiting for me! In a small foundation, or rather in the relief of an old house, with numerous debris, there were fragments of old dishes and various garbage that said, “YES, LIFE was in full swing in this house”.

After a while, I was already thinking of going home, a mixed but interesting signal sounded. In one bayonet, a shovel cut through the hard layer of earth and already in the ashes and dust of the old house, a small gray loop flashed ... Hands shook, emotions went off scale. “YES, THIS WAS MY FIRST DEGREE OF GEORGIAN CROSS, made of 999 silver, THE MOST REAL“. Joy knew no bounds ... this is not beach gold and not just antique objects, coins, this is a STORY OF THE UNKNOWN HERO ... now he has replenished my collection and I really hope that someday I will find relatives of the HERO and give them this value, THANKS.

Editor’s note: This Georgian Cross military medal was awarded between 1914-1917 during World War 1. The 4 at the bottom represents the class. It was produced with 99.9 percent silver.

Next month Vaughan will give away an ACE Apex Metal Detector! You could be the next winner. Submit your story!
WORLDWIDE LEADER IN METAL DETECTION TECHNOLOGY