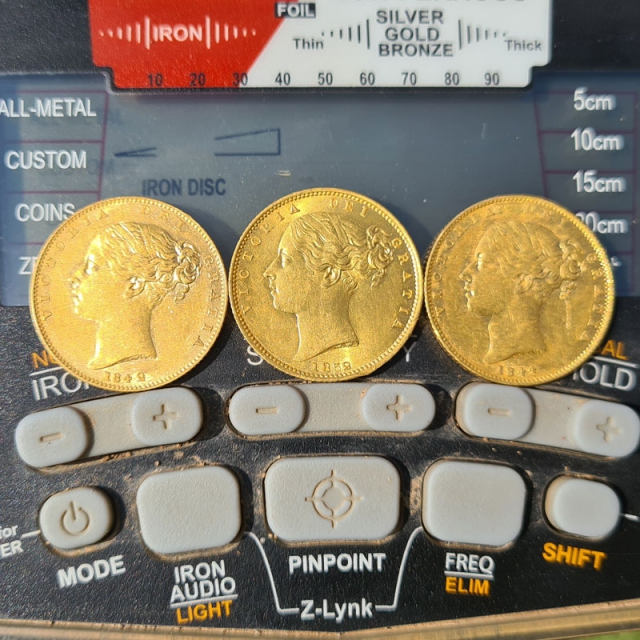 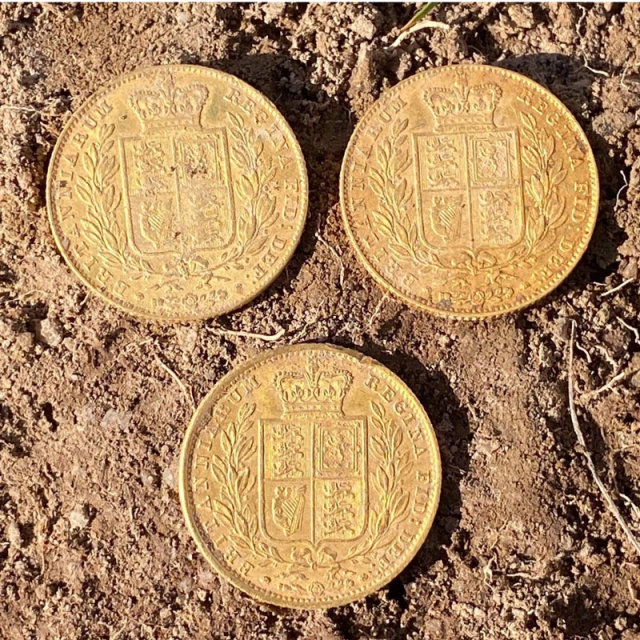 (Click to view full image)
WINNER #1
My International Favorite Find for June 2021 is the set of Three Gold Sovereigns, discovered by Mick S. from Australia with his AT-Max.

Mick’s success story: WOW!! The three gold coins I found happened on Sunday, June 12th. It was a awesome day weather wise. I was with a group of 5 other fellow detectorists (4 of them swinging Garretts). There was finds coming out everywhere, a lot of early English coins but also American coins, Californian goldfield buckles, and an American powder flask. Americans featured heavily during the Australian gold rush in the early 1850s.

I was teamed up with a friend who decided to walk left and I went right and as you can imagine straight in to the path of the gold. At first all I seen was one coin flick out of the hole and I knew straight away that it was a gold coin! What I did not know was he had friends and to my amazement there was three all up. The coins where 4 inches down and rang up a 66 signal on the AT MAX. The area I found them in was the Victorian goldfields here in Australia. The coins are British Sovereigns dated 1842, 1844, & 1852. Love your machines hope a new one comes out soon.

Next month Vaughan will give away an ACE Apex metal detector. You could be the next winner. Submit your story!!!
WORLDWIDE LEADER IN METAL DETECTION TECHNOLOGY