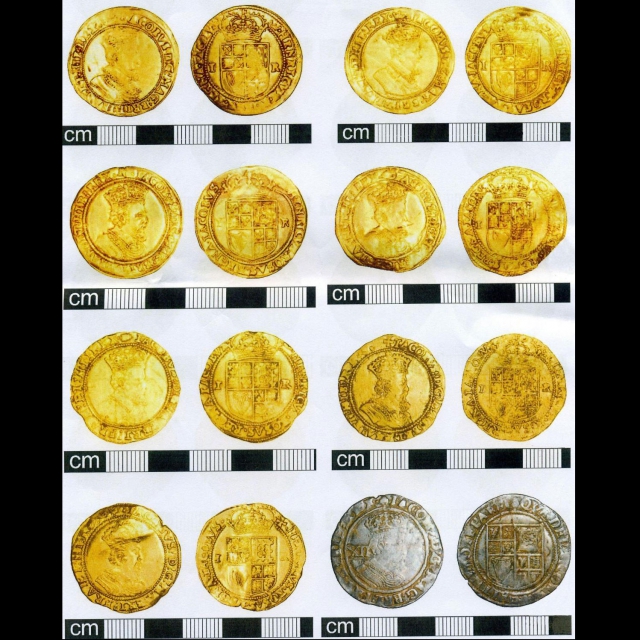 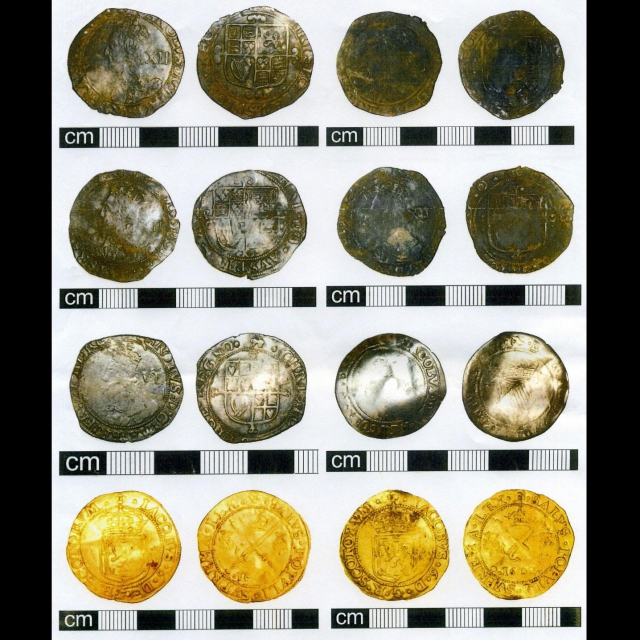 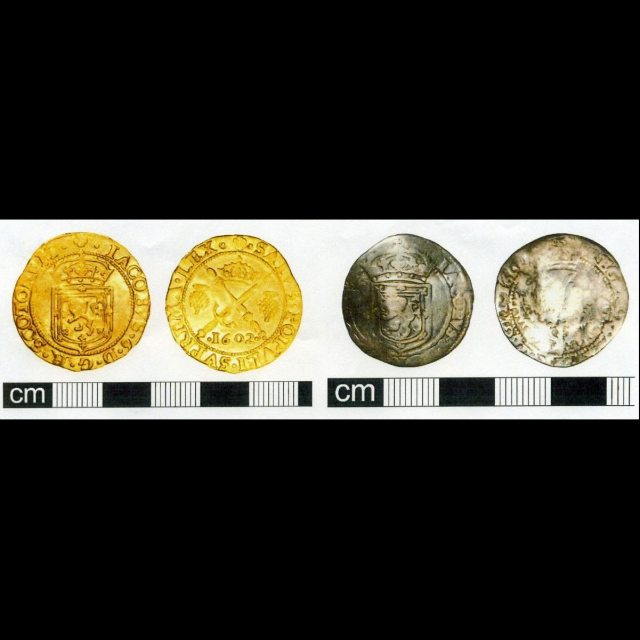 (Click to view full image)
WINNER #1
My international Favorite Find for September 2021 is the Hoard of 17th Century James 1 and Charles 1 Coins, found by Tom B. from the UK with his Ace 250.

Tom’s success story: Hi, I managed to find a soldiers civil war coin hoard with the Garrett Ace 250 and just wanted to say what a great detector it is. It was 10 gold and 8 silver coins, I was speaking to a guy at Regton's (one of your distributors) at a detecting event and he mentioned to email you. The hoard is mentioned on Regton's website, and few other places online it can be found under Taunton civil war coin hoard. Thanks for your time. Keep up the good work.

From the Somerset County Gazette: Civil War’s soldier’s wages found in Taunton - almost 400 years on. The 18 silver and gold coins uncovered in a garden in Nerrols Farm, Taunton, totaled £5 5s 33⁄4d – 5 1⁄2 months wages for a common soldier in the 17th Century and £450 in today’s value. But the hoard, probably belonging to a Royalist soldier and left during the siege of Taunton in 1645, could fetch thousands of pounds when it is bought by the town’s Museum of Somerset. An inquest, which concluded the coins are treasure, heard how they were found by a young man in October as he took down a tree in his parents’ garden so they could build a workshop. His mother told the hearing in Taunton: “He saw something glistening so he took it out and realised it was a coin. He started to dig deeper and eventually found 18 coins in total.”

The coins – Thirteen from England, four Scotland and one Ireland – date from between 1601 and 1645. It is thought they were possibly stashed in a leather purse, which has since rotted away.

A report from The British Museum says: “The coins belong to the reigns of James I and Charles I and the period they cover and the denominations present are very similar to many other recorded coin hoards from the mid- 17th Century, the period of the English Civil War. They are a highly selected group of good condition, high value coins and do not simply reflect the general coinage in circulation at the time.”

Next month Vaughan will give away an ACE Apex metal detector. You could be the next winner! Submit your story.
WORLDWIDE LEADER IN METAL DETECTION TECHNOLOGY