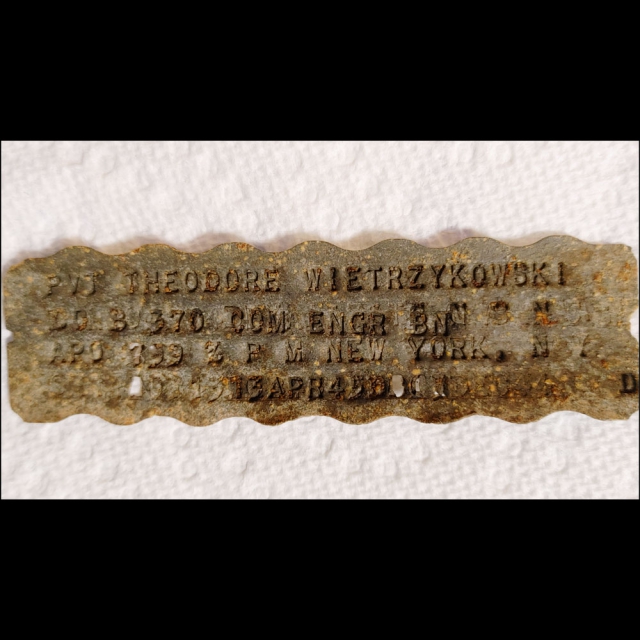 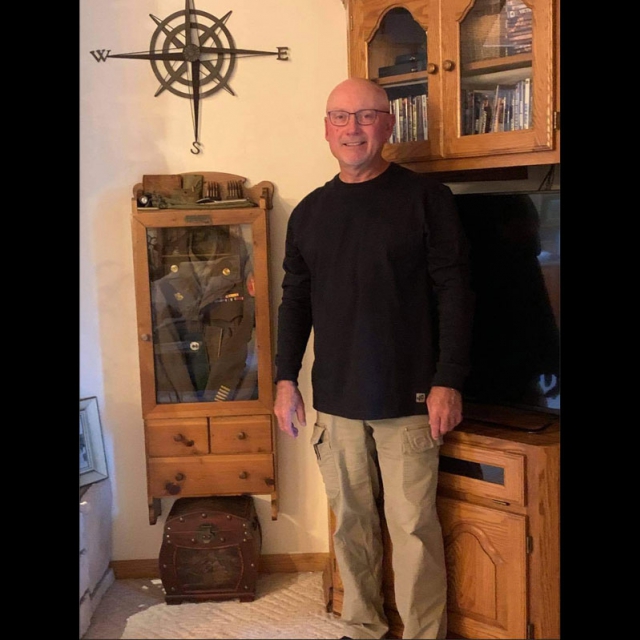 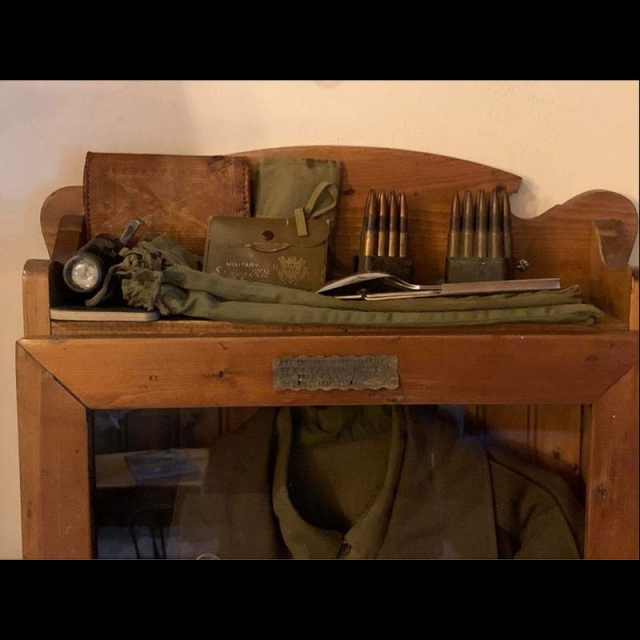 (Click to view full image)
WINNER #1
My United States Favorite Find for September 2021 is the WWII Soldier’s I.D. Plate, found by Jeffrey L. from Wisconsin with his AT Max.

Jeffrey’s success story: It’s not just a name on a plate, it’s a wonderful story. On Tuesday September 20th I was detecting at a road tear-out just down the road from me. They had just removed a sidewalk and it was pitch black out, 11pm. I found a flat piece of metal, unable to see what it was in the dark. I brought it home and to my surprise it was a 1" by 5" plate that was impressed with the name of a soldier from World War II!! Pvt. Theodore Wietrzykowski. It had his unit, rank, and battalion, and 1945 on it.

I knew I had to at least try to find out more about him and get this to his family. I reached out on a local Facebook city group and with some sleuths on there I was able to find and reach out to his nephew, Kenny. Turns out Theodore had died in 1999 and never married or had kids. His nephew and his sister who is 96 now are his only living close relatives. Kenny was very excited to get the plate and we planned to meet up. He had moved 2 hours away but luck would have it, he was gonna be in town that Wednesday to clean up Teddy’s grave and other family graves. We met at the bar and he bought me some drinks and we talked about Teddy, his time in the war, and what he did afterwards. We talked for 3 hours and it was wonderful, about growing up in my city during that time period, and hopefully showing it to his mother, Teddy’s sister. She would love to see it.

Kenny has a cabinet with Teddy’s uniform and medals, and he put the plate on front of that cabinet. In the end he gave me permission to freely search an 80 acre field he owns in the area. I updated the Facebook group and everyone loved it. To me it was just a name, just a plate. To his nephew and sister, it was a brother, uncle, a friend. I’m so very happy I was able to do this!!! It’s what’s detecting is about. 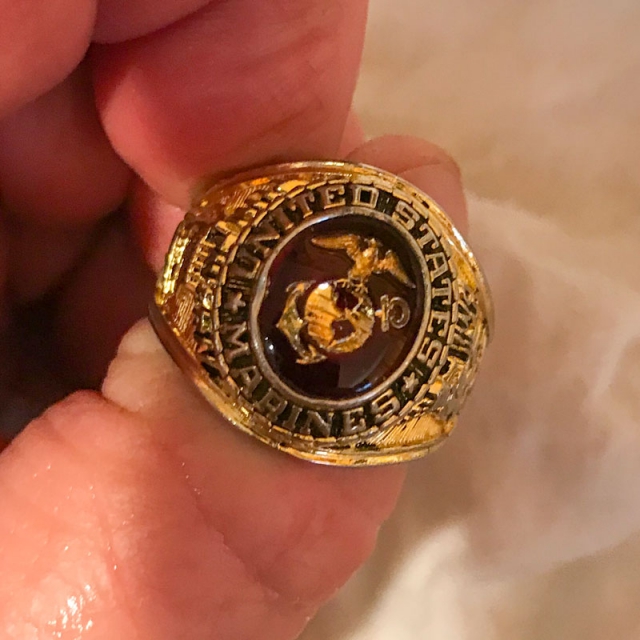 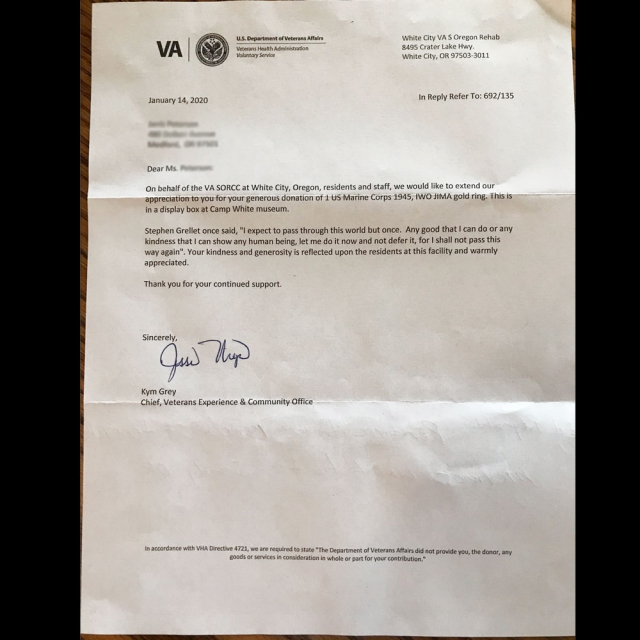 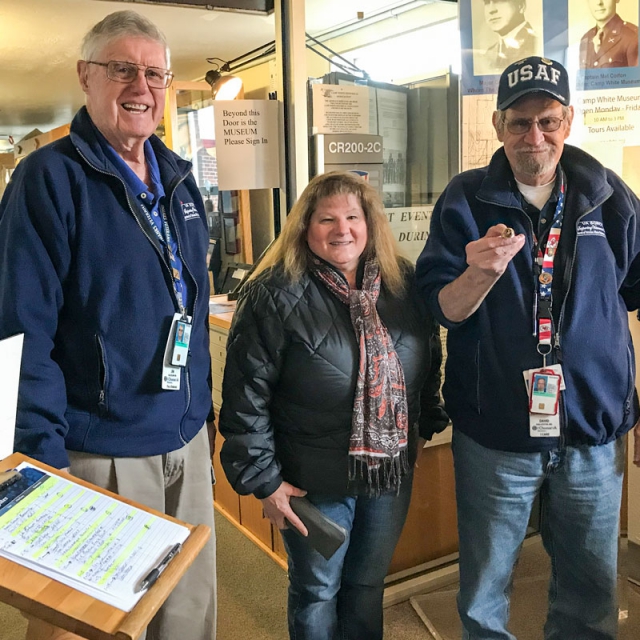 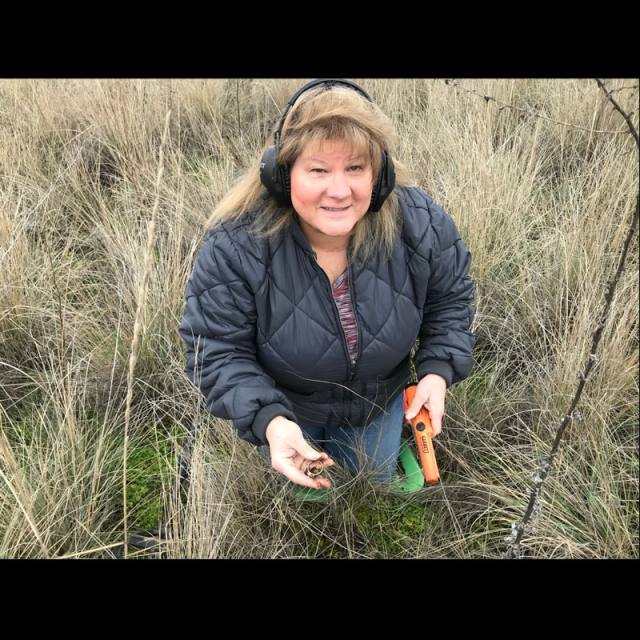 (Click to view full image)
WINNER #2
My second United States Favorite Find for September 2021 is the 1945 Iwo Jima Marine Corp ring, found by Janis P. from Oregon with her AT Pro.

Janis’s success story: We were hunting in one of our local favorite areas just after Christmas, I was using one of my Garrett AT Pro detectors with the stock coil when I got a hit about 8” deep, I dug down and found a 1945 Iwo Jima ring, we cleaned it up and researched Iwo Jima and found that there was thousands of Marines that landed on Iwo Jima so finding the owner would be near impossible. We contacted our local VA museum and show them the ring, they said that they would love to have it for their display so I donated it to them. They sent me a very nice thank you letter.

Next month Vaughan will give away an ACE Apex Metal Detector! You could be the next winner. Submit your story!
WORLDWIDE LEADER IN METAL DETECTION TECHNOLOGY